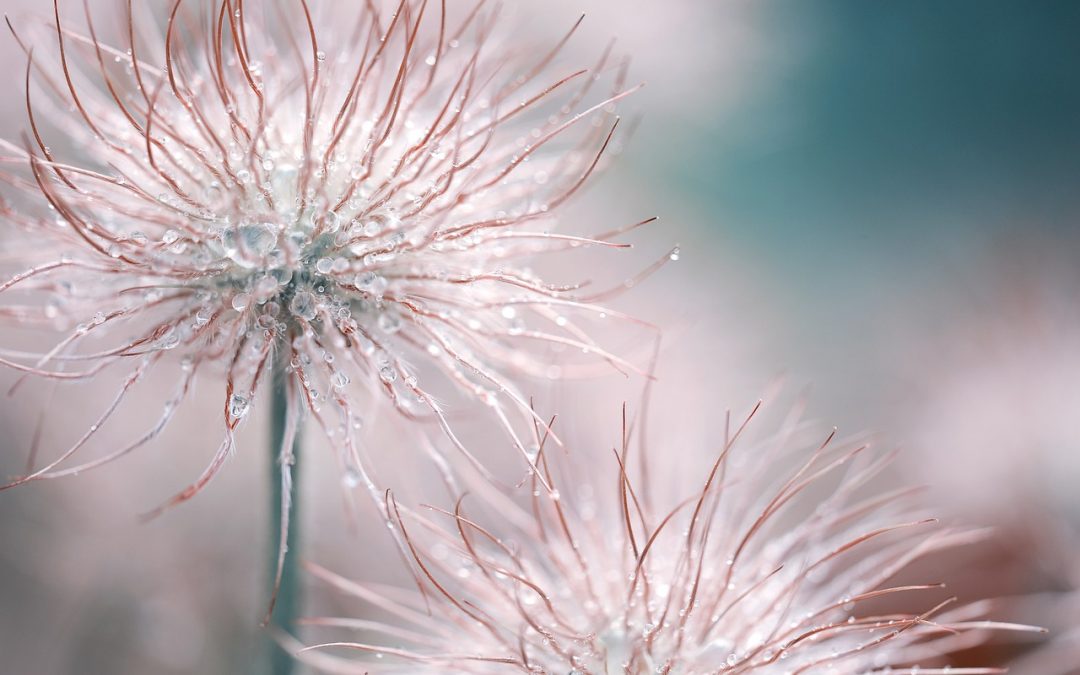 This is Part 2 of a 4-part series written by a brilliant Gentle Trauma Release© student in training – Stacey Chantal Tsourounis. In this series, Stacey explores the link between complex trauma symptoms and personality traits and tendencies of “empaths”.

I’ve been working hard at healing a dance injury for the past year and a half. Over the years, some instability in my right hip had led to weakened muscles around my knee and a stiff, over-developed hip flexor that often seized on me. A lot of my rehabilitation has centered on doing exercises very, very slowly, turning my injured muscles off very deliberately in between each rep and then turning them on again.

When I first started this with my weak knee, I wanted to bulldoze through as many reps as I could to build endurance and skill (dance training habits die hard!). My physiotherapist set me straight, and gave me an important reminder: control and intentionality are the foundation of skill. If you can’t control when you turn a muscle on or off, you’re not actually skilled at using it.

This is a great analogy for the relationship I’ve had with my intuitive abilities for much of my life. Intuitively being able to sense things about people and tap into their emotional state was something I’d always been capable of, and this was shared by almost everybody I knew who considered themselves empaths. It’s often described as a key trait of being an empath, and people in that community highly praised my intuition and perceptiveness. The problem was, I didn’t actually control this ability – it usually controlled me. I was constantly reading people and situations, absorbing every piece of information that came my way and trying to make sense of it.

I was hyper-sensitive to my environment and sensory input, and easily felt “flooded” by it, and when this happened I could spiral into anxiety or full-blown panic attacks. There was also an underlying anxiousness to the way I intuitively read people: I was always trying to discern their emotional state and their needs, and feel into what was beneath the surface. I often leaned on my intuition to try to stay two steps ahead in relationships – I’d try to anticipate what people wanted and what they were going to do or say, so I couldn’t be hurt or caught off guard.

Naturally, this was often draining, but from what everyone told me, it was a normal part of life as a deeply empathic person. Not only that, intuitive ability was viewed as a gift to be grateful for, and something that made me blessed. These descriptions framed me as a passive recipient of a special ability that I could hone and develop, and I do think there’s truth to this. But more recently, I’ve been fascinated by how much the behaviours I linked with “strong intuition” overlapped with the traumatic symptom of hypervigilance.

Until I began therapy, I mostly knew about hypervigilance in the context of PTSD from combat trauma or natural disasters – being startled by loud noises because they sound like gunfire, or being obsessively careful with candles after surviving a fire. But hypervigilance from the type of complex trauma I’d experienced had other layers to it, and wasn’t always so obvious. With deep interpersonal trauma, the associated hypervigilance includes many relational aspects: being hyper-attuned to others and their emotions, facial expressions, tone, and body language; over-analyzing mood shifts and any indicator that someone may be unhappy; trying to read people’s unspoken desires and motivations; a need to constantly “work people out”; and porous, weak boundaries that make it hard to know where you end and others begin. These tendencies described me to a T, and with the help of therapy, I began to make more sense of how this trait was showing up in my life and the effect it was having.

I’ve learned that much of what I saw as my “intuitive ability” was a lot like my hip flexor: it was a muscle that was constantly on. I wasn’t even aware of it, and I couldn’t choose to relax it. And, just like my hip flexor, it was a muscle that was over-working to try to compensate for other weaker areas. My major weakness was that childhood trauma had left me with weak relationship skills. This weakness didn’t fit the stereotypical impression people often have: I was far from being a loner. I’ve actually always had a great group of friends, many long-lasting friendships, and I’m good at building community and fitting into different places. Within these many relationships though, I was often leaning on my hypervigilant tendencies rather than genuinely engaging in deeper emotional intimacy.

I’d try to intuitively figure out what someone really meant and felt rather than asking them. I’d take on responsibility for trying to read and shift people’s moods, rather than sitting compassionately with them and allowing them to have their own experience. I’d try to anticipate their needs and boundaries rather than respecting their sovereignty and trusting them to tell me themselves. And, in stating my own needs and boundaries, I was often wishy-washy and more focused on predicting and managing others’ responses and reactions. Ultimately, at the core of my way of relating to people was a profound lack of trust and a fear of being out of control. Don’t get me wrong – I would never have said I didn’t trust the people in my life. I certainly believed I did, and I felt very close to them, too. But this underlying mistrust was a part of how I related to life in general, so I didn’t realize how much it permeated all of my relationship dynamics.

A big part of this mistrust was that I’d never really learned how to navigate uncertainty in healthy ways. Growing up with so much instability and unreliable adults in my life led me to hyper-focus on control, absorbing every detail around me to try to see disaster coming. This especially limited how deeply I engaged with other people – I couldn’t allow myself to go too far, because I couldn’t control other people. Genuine intimacy is risky, and emotional safety is not 100% guaranteed.

Another person may or may not be able to meet our needs, respect our boundaries, hold our pain, or respond in the way we’d like them to. They might be dishonest with us, or disappoint us, or hurt us – sometimes on purpose, sometimes not. They might accept us in our vulnerability, but they also might not. Humans are complex, imperfect, ever-changing, and don’t fit neatly into predictable, stable categories. There’s a strong undercurrent of the unknown in any relationship, whether we want to admit it or not.

Uncertainty and the unknown are neutral forces: they contain a raw possibility that could become something bad or great, but that can’t fully be controlled either way. With my intuitive muscles perpetually switched on and trying to predict people and life to give me a sense of control, I was often cutting myself off from possibility. And as intuitive as I was, an overused muscle doesn’t function properly – it was easily clouded by trauma, blurry boundaries, and sensory overload.

My hypervigilant intuition could also lead me astray: I would conflate assumptions with “inner knowing”, and feelings with the truth. I thought and was often told that being so intuitive meant I was more deeply connected to those around me, but that wasn’t really the case. Looking back, my hyper-developed intuition was like a stand-in for genuine connection with others. I often convinced myself I didn’t need to have uncomfortable conversations, ask questions, or be with the tension of conflict or vulnerability because I could just “feel into” things on my own. I kept myself at a safe distance, using “intuition” to make sense of the relationship by myself because I was the one person I could control.

So far, shifting this pattern has proven to be much harder than retraining my hip and knee. I’m still working hard at this every day, and change has come slowly. Deliberately turning off my hypervigilance muscle is often very unsettling for me – it’s hard to resist the pull to tune into someone so I can prevent conflict or anticipate their behaviour. It’s really uncomfortable to get a sense that someone is unhappy or angry, maybe at me, and to just allow them to have that experience and choose when, how, and if they share it with me. It feels unsafe to become less open and not absorb everything, like I might miss some vital piece of information that I need to stay in control. It makes me feel weak and too vulnerable to trust others and make sense of my relationships and the world collaboratively – it’s tempting to stay focused inward, analyzing my intuitive perceptions and creating my own story.

There’s a lot of leftover anxious energy when I consciously turn off hypervigilance, and I’m still learning how to navigate it. I channel a lot of it into exercise and dance, but sometimes it gets the better of me and keeps me awake half the night. But this is a journey I definitely want to take because I want a healthy relationship with my intuition and healthy connections with others. Reading people isn’t the same thing as relating to them, and predicting and analyzing life isn’t the same thing as living it.