The Weight of Trauma 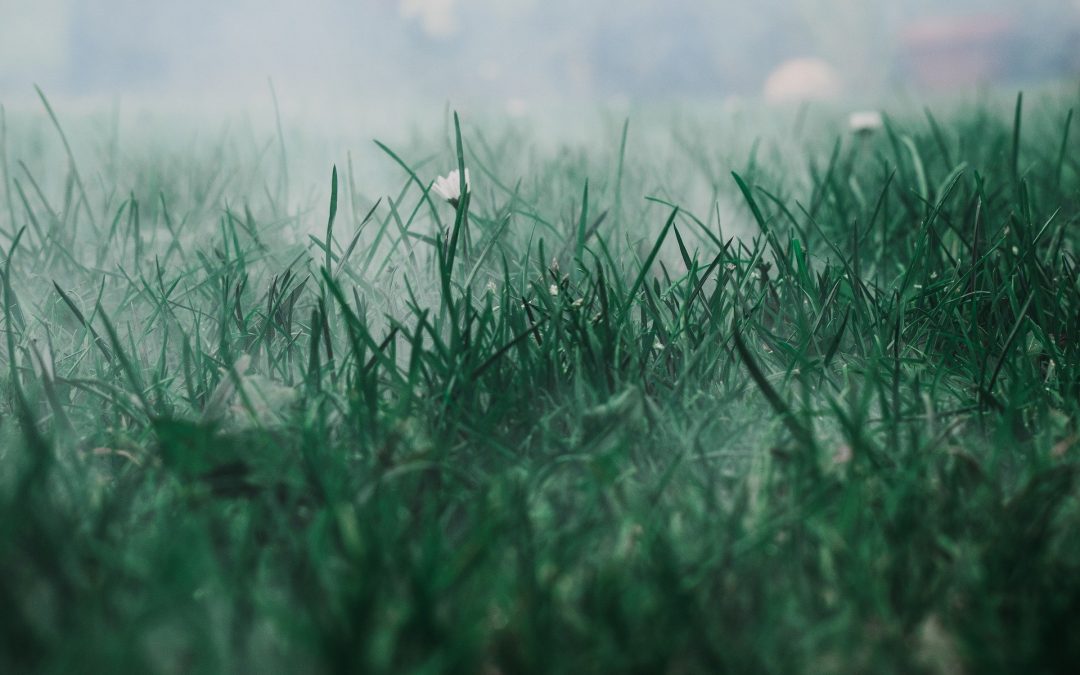 This article was written by Taryn Moore – a certified Gentle Trauma Release© Practitioner.

In 2000, I created a website focused on weight. I am/was a plus-size woman, the size many doctors and professionals would refer to as “obese.” A word I found offensive, especially when it was blamed for anything without considering other reasons based on a person’s DNA. Additionally, my weight never got in my own way, and I was never judged for my weight, because my abilities, creativity, and personal strength prevented those kinds of judgments.  I did judge myself.

When I created the site “Worth Her Weight” it was based on my belief that weight gain was not just about food. In fact, food was not responsible.  It was my belief that something in our lives emotionally was affecting our choices and decisions. At the time, I had no idea how connected it was to trauma.  I knew I had not been affected by my weight in most instances. I continued to swim, go out without shame over my looks, act as a leader at work, met my husband and was successful in advancing throughout my career. I travelled, created successful programs, and built departments all along the way.

Many  friends, past employees, and family believed coaching was my calling. And if I was going to do that, then I was going to get certified.  In 2018, I decided I needed a foundation for being a coach.  It was here I met and learned from Izabela Viskupova, LLM, M.A. Psychology, the creator of Gentle Trauma Release Method©. I signed up for the course and it was not long before I saw the connection between my ideas of healing from the inside to lose weight, and how it connected with trauma.

I did not practice the Gentle Trauma Release Method© to lose weight. It was never my thought or intention. I was studying to become a practitioner and help others. Trauma affects people in different ways.  As the weight began to come off, without doctors, diets, or even exercise, I began to realize my body, mind and soul were changing and I was becoming more my fully authentic self. Gentle Trauma Release© was the reason.

In  one of my last practice sessions with Ramona Kossowan (a fellow Gentle Trauma Release© Practitioner), I saw connections between three events in my young life and why. As Ramona and I worked through the Gentle Trauma Release© process, I could feel the weight of those events fall away from my body.  The memory was still there as part of my past, but it no longer held the emotions-shame, fear, anger, doubt and more and my body no longer held those stories.

The release of several big events in my life helped me to see how I could speak from a place of honesty and kindness.  I could be at peace with my past and share my story.  I needed to be able to share my story, recognize the transition that was happening within me and acknowledge how Gentle Trauma Release© would always be with me as a personal practice. And this sharing could help others as I began to share my own healing of trauma.

During  my life I had been to therapists, psychiatrists, doctors and many life, diet, and exercise coaches. Every one of them had a level of success, for a small amount of time, until I needed to fill myself up again, and food and alcohol was my salve.  Every time one of these failed, I blamed myself.  “I was lazy, I didn’t want to do the work” but at the same time I knew there was much more to this story. I knew in my soul I was stronger than the thoughts running through my head. It was not just calories, exercise, or my mindset.

There was something else going on and it was called the vagus nerve.   Who knew it had so much power?

I realized trauma was in the way.  And as I began to work with Gentle Trauma Release©, I was able to see it more clearly. All the “solutions” to weight loss and what I thought was healing from my past, – all the stories I told, wrote about, forgave, all the talk therapies to release the stories, had not really worked. The stories and the emotions were still there.  I was carrying them all around with me, and they showed up in my choices and decisions, and in how I showed myself to the world. There was a need to fill this huge empty space I was holding, empty, yet full of the heaviness of those stories.  Every one of them waiting for when I needed them most.

It was as if those stories had been placed on an emotional “bookshelf” and as new stories and experiences happened, as they do in life, the stories began stacking one on top of the other making it difficult to consistently operate from a healthy space.  I tried hard to practice a way of life that was healthy but often, those stories all sat ready for me to respond from a place of lack, distrust, anger, and sadness. I truly did not see it connected but in every situation, one or more of these stories would always show up, and I now know I was typically responding from an inauthentic place.

I also  knew my weight was due to my need to fill a hole in me, or to cover up all those stories sitting on that shelf, and there was not enough food to eat to fill that space. When I signed up for the Gentle Trauma Release© Training,I was not thinking about my weight. I was only interested in a coaching practice that I knew deep in my soul was something that would help others. As I listened to the success of the Gentle Trauma Release Method© in the training modules, practiced with other coaches, practiced with people who were searching for healing, I began to see the connections with my body.

Ten years ago, I had started writing on a website, and Facebook about weight on my “Worth Her Weight” site. It was not about dieting it was about needing to look at it from the emotions tied to it.  But people wanted diet and exercise. I told my stories, more on a surface level, and people were drawn to them, but I did not have the solution to the problem.  Now I do. Gentle Trauma Release© is fully and completely a healing process that brings results.  And I am that proof.

My weight gain was a physical and emotional reaction to pain from trauma. As I began to heal from the trauma my body began to physically lighten. I began feeling lighter and that led to a level of self-care I have never felt capable of. I took care of myself, but that new level of self-care was so much more powerful.

It led to caring for my body, scheduling health appointments I had ignored, and I began listening to what my body was telling me about movement, food, and what it could and could not tolerate or even want.  My first changes started 12 years ago before the Gentle Trauma Release Method©. I gave up alcohol.  But through the Gentle Trauma Release©, I started turning away from pizza, bread, and potatoes.  If my body was feeling sluggish and arthritic, sad, or unable to sleep, I talked to my body.  I was not hungry, and my body would tell me when it was and what it wanted.  Just yesterday, I bought Kimchi. I have not had it since high school living in Hawaii, but it was on the shelf and the body said Yes!

I found myself eating slower, enjoying the meal, finding joy in the conversation with friends and family rather than stuffing down stories, sadness, and anger.  The way I looked at people, friends and family changed. I was totally and completely in love with myself, my body, home, my job.  Everything was shifting. At this time, I was still in a heavier space weight wise, but I felt so light. What was interesting to me, was that I was seeing this all through the process. It was not a plan to eat less, but I would see how I was making different choices, and I would realize that it was me in a different space and my body and soul was leading me. My observations came up as I began to wonder why I was feeling so different.

As  a woman, even before all these new experiences, I was living from a place of kindness and learning how to be a better friend, employee, boss, spouse, and sibling, but it was exhausting. Because I was “playing at it,” not able to let it out from my authentic place. There were many things connected to my experience, but the Gentle Trauma Release Method© was the “breaking open” of all that was residing on that emotional bookshelf.  And one session after another as I worked to become a Gentle Trauma Released© Practitioner, were all part of that process.  One session after another opening me up to the real healing and growth.

These are some things that happened as the Gentle Trauma Release Method© continued to heal me.

Recently,  I went to a company event with two plans.   I was going to be part of our Winter Board meeting in Arizona, and I was going to visit my brother and his family who live there.  I arrived at the meeting, and the first night I was surrounded by the spouses and members wondering what was different in me.  I thought they wanted to know about my weight loss, but every one of them said its not the weight, it is the light in your eyes.  You look so different.  As I began to share my story of Gentle Trauma Released©  and its effect on me, it opened a door to so many women who wanted to talk and share their story.  And the stories I heard were of trauma, and sadness and despair, and wanting to know how I got that light in my eyes.  And I could tell them.  My trip with my brother and his family was so alive and filled with joy.  There were no family stories attached.

As coaches and practitioners, we are affecting change in big and small ways, and as we go about our daily life, we will encounter so many people who will be affected just by our presence.  I am proof of that as well.  How I show up for others correlates directly to how I feel about myself.  Today I am stronger emotionally and physically and I am embracing life fully. 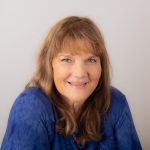 Taryn Moore is a certified Gentle Trauma Release© Practitioner and a women’s Empowerment Coach. Taryn is the founder of the Barefoot Woman Academy offering personal coaching and powerful online programs and trainings to women looking to embody their most empowered Self. You can find out more about Taryn at gtrpractitioners.com/tarynmoore.