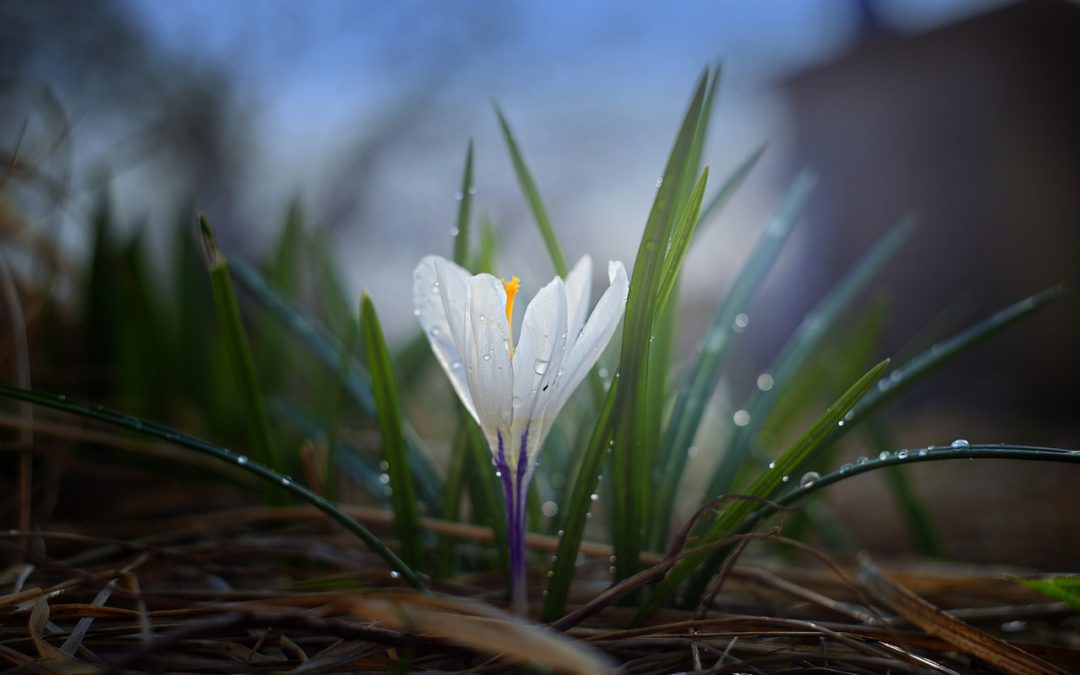 This is the beginning of a 4-part series written by a brilliant Gentle Trauma Release© student in training – Stacey Chantal Tsourounis. In this series, Stacey explores the often overlooked distinction between traumatic responses and personality traits.

Disclaimer: I put the word “empath” in quotes not to discredit the identity or label, but because I don’t personally find that the identity fits anymore.
Also, this post describes my own personal experiences with unraveling my history of complex trauma, and how it contextualized aspects of my personality and identity, including “empath” traits. I want to say though that these are big, nuanced topics – your experience might be totally different, and not everything I mention always involves trauma. If complex trauma is something you want to look at in your own life, I highly recommend doing this with support and community. I did this alone for a long time because of a tendency to be overwhelmed by people and self-isolate, and it wasn’t good for me – you don’t have to go it alone.

I’ve had an interesting, perpetually evolving relationship with the label of “empath” for most of my life. I was always highly sensitive and very attuned to the world around me, and I could pick up on people’s emotions without even trying to. This was overwhelming especially when I was younger: I could sense what wasn’t being said and was often on edge trying to make sense of all the information I was absorbing.

By the time I got to high school, I had severe issues with anxiety and depression, and I often found the world and people difficult to bear. But it was around this time that I stumbled on the definition of an empath, and something clicked for me. Every trait seemed to describe me perfectly, and as I went on in my twenties to find healing and spiritual communities, I met many others who had similar traits. It was incredibly validating to have people not only understand my sensitivity, but actually celebrate it – the label of “empath” or “highly sensitive person” didn’t actually have to be a source of shame, and I started to instead learn ways to protect myself and honour this ability rather than hiding or trying to get rid of it. I felt like I had found my place and my people, and I was very involved in communities like this for many years.

As time went on though, I began to notice things that gave me pause. Many of the people I looked up to and who gave me advice on how to protect and manage my sensitivity seemed to struggle with theirs much more than they initially let on. In public they were proud of their gift of sensitivity and going through life intuitively, but behind closed doors, many were rigidly controlling, and some had so many people, places, and things they had to avoid to “protect their energy” that their lives became small and limited.

I noticed many struggled to maintain healthy relationships, and this didn’t seem to get better with time: they were often drawn into one dysfunctional dynamic after another, and chalked it up to empaths being magnets for unhealed people and narcissists. Some avoided or quickly discarded relationships at the first sign of conflict or difficulty as if they were at risk of being engulfed by negativity. I also started to notice myself getting stuck in some of these patterns, and I felt increasingly overwhelmed as the accumulated impact of my empathic traits got heavier and harder to manage. People and the world at large could felt like an onslaught against my sensitive nature, and even though people normalized this as “the life of an empath”, I was tired of it being my normal.

But things started to shift for me several years ago when I began to learn more about trauma. Up until that point I’d only really known about PTSD from one-off events, and the related symptoms like flashbacks and behavioural changes weren’t things that I saw in myself, even though I did realize I had some very difficult and painful situations from my past and childhood. As I did more digging though, I stumbled on information that re-contextualized my upbringing. Certain dynamics and that I chalked up to Greek culture and family quirks actually seemed to fit with the description of intergenerational trauma, and what I’d considered “difficult personalities” took on a different meaning in this context.

My own traits and tendencies looked different when I examined them in this light, too. I never would have used a term as heavy and serious as “complex trauma” to describe my own life, and I actually resisted doing so, but the more I learned the harder it was to deny. As I learned how complex trauma occurs with repeated incidents over a span of time, and often when we’re young, I saw how traumatic symptoms and coping mechanisms could overlap with character or personality traits. If the trauma is ongoing during childhood, we develop adaptive behaviours, and since there really is no pre-trauma self to compare anything to, it’s hard to say where a coping mechanism ends and our true self begins.

I began to question some of the traits I’d always assumed were just my natural tendencies, including being empathic and highly sensitive. Outside my community of fellow empaths, when people called me “highly sensitive”, they generally were implying I was overly sensitive. I’d doubt my own reactions and perceptions quite often because I’d been taught that when I was deeply hurt it meant I was “taking things too seriously”. I’d always thought being highly sensitive was what caused me pain, but what if it was the other way around?

What if pain had caused me to develop high sensitivity as a form of self-protection? I definitely benefited from being super attuned to the moods of unstable caregivers – it allowed me to anticipate and defuse outbursts when I was young, and I was still doing this frequently as an adult. Was the world actually too overwhelming, or was the way I’d learned to relate to it overwhelming me?

I ended up exploring these questions much more deeply in therapy, where I learned that my suspicions about being a complex trauma survivor were correct and that I actually presented textbook symptoms of it. As I looked into this in greater detail with professional help and made sense of it in the context of my history, I was struck by how much overlap there was between the symptoms of complex trauma and the traits that I believed made me an empath: being extremely introverted and needing recovery time after being with people; often preferring to be alone in nature or even isolated because people were exhausting; feeling like a sponge absorbing other people’s moods and emotions; often feeling out of place and a lack of belonging; struggling with boundaries; being hypervigilant; drawing in people who needed help or wanted healing, or conversely people who took advantage of my kindness.

I don’t think these traits and tendencies automatically indicate a person is traumatized by any means – in fact, I think the healing/wellness industry tends to hugely over-pathologize human behaviour. In my specific case though, many of these traits did have an origin in trauma, and they weighed on my ability to navigate the world and form healthy relationships and community. They’d become a problem for me because they hampered my connection with others and my sense of self, and as I slowly unraveled elements of my history that were holding me back in the present, some of these traits and behaviours also started to unravel and shift.

I’ve been in therapy for a couple of years now, and I’ve noticed some significant changes in parts of my identity that I thought I had to just suffer with because they were inherent parts of my personality. Not all of these changes involve the traits that made up my “empath” identity, but some notable ones do, including hypervigilance (which is linked with my “high sensitivity” and my ability to read people), being a constantly exhausted introvert, feeling like I don’t belong, and struggles with conflict and boundaries.

The changes have led me to reassess considering myself an “empath”, and at this point, I don’t actually feel like that label fits for me anymore. In speaking with friends who have similar traits and patterns, a number of them resonated with my experience – so I decided to share it here too! I’m writing a follow-up to this where I look at the shifts in specific “empath” traits in more detail, why I think those changes happened, and what that means for me going forward. If you relate to what I’ve said here, and especially if you find yourself struggling with any of the empath traits I mentioned, I invite you to read Part 2.